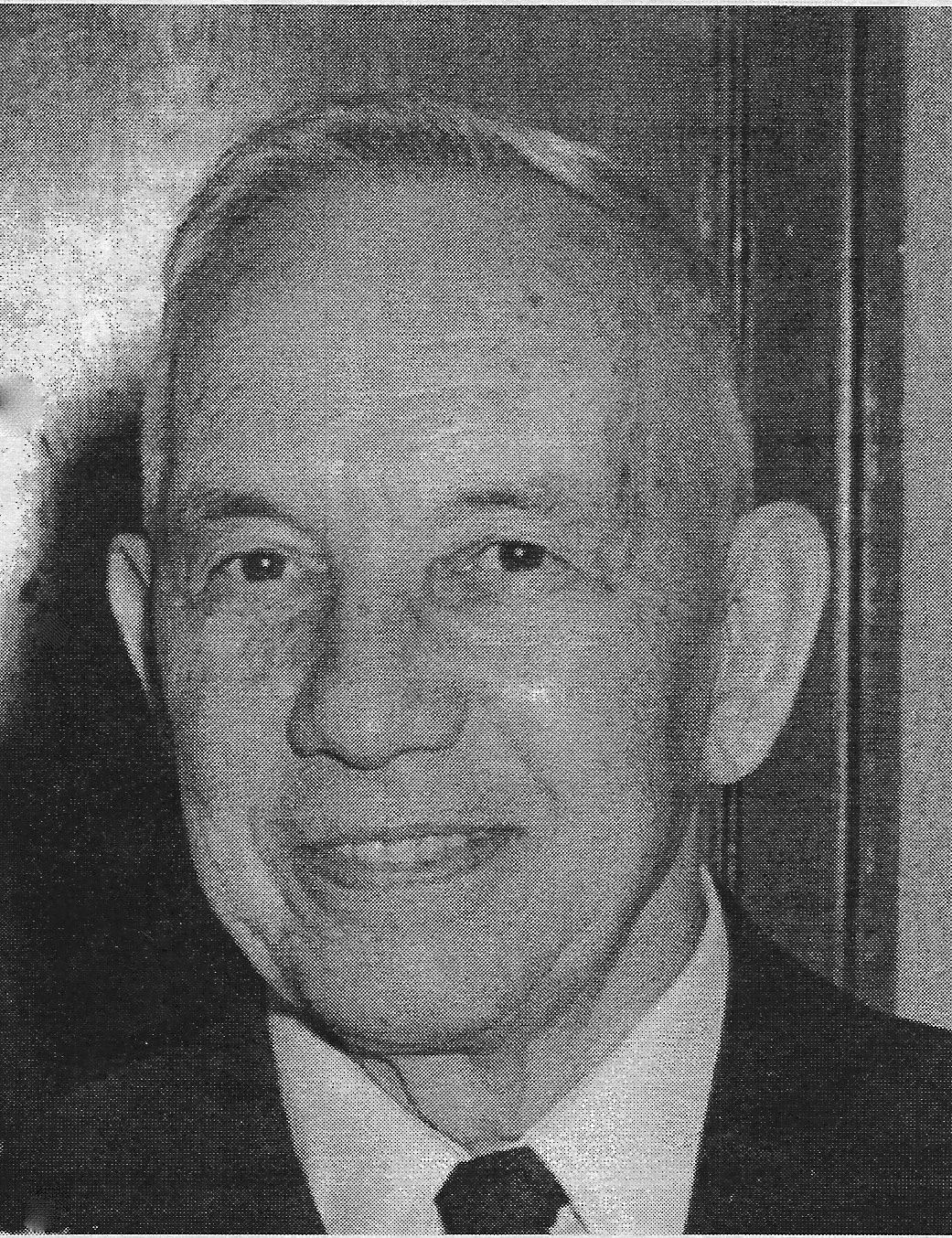 Our father, Michael Fesenko was born on December 1st, 1900, to a Ukrainian Kuban Cossack family in the city of Krasnovodsk, on the eastern shore of the Caspian Sea, the fourth of five brothers and a sister, children of Wasyli and Matrona Fesenko. While he was still a youngster, the family moved to the city of Yekaterinodar (now Krasnodar), near the Crimean area of eastern Ukraine. His father, a colonel, was appointed Attorney General of the Kuban Cossack State, while his mother was a schoolteacher.

On graduating from Katerinodar Realna Shkola (secondary school) in 1919, the graduating class, together with their teachers as officers, joined the resistance, fighting the communists in the bush. Michael received a bullet in his leg and was left behind on the field. Although he had been raised by his mother in the Orthodox faith, his knowledge of God was minimal. At this point however, he prayed, "God, if You are there, and can save me, I promise to seek after You". Shortly thereafter, a group of soldiers from his platoon found him, and brought him back to headquarters. Michael's sister Anna, a nurse, came and looked after him, together with the other wounded until they were evacuated under enemy fire.

Michael returned to school for one year, studying electro-mechanics at Kuban Polytechnic University in 1920. He returned to partisan warfare in the mountains, and from thence made his way through the mountains of Georgia to Crimea, where he served with the air force on the ground, as a machine-gun operator. Defeated at Crimea, he was shipped to the Greek island of Lemnos, where he subsisted on one piece of bread a day, and whatever small squid he could catch. He joined volunteers going to build a railroad near Sofia, Bulgaria, during which time he took a radio-telegraph course.

Michael joined his older brother Boris in Czechoslovakia, where he completed 3 years of a 4-year degree course in the Faculty of Economics, Ukrainian Polytechnic Academy, Podebrady, Czechoslovakia, from 1922 to 1925. During that time, he visited a Czech Reformed Church and was attracted by the deep faith he found there. Fulfilling his earlier promise, Michael became deeply involved in their work, and organized a campus group of Ukrainian Reformed students who elected him President.

Then fate intervened in the person of Dr. Beech visiting from Princeton who suggested that Michael study theology at Princeton in the United States. Although the Economics Faculty Head of the Polytechnic Academy guaranteed him a position as professor if he stayed and completed his studies, Michael felt that God was calling him to become a minister. He agreed to go to the U.S., but only with the stipulation that upon graduation he would return to Europe and minister there to his own people, the Ukrainians. However, God had different plans for him.

Michael studied English and the Bible for one year at Bloomfield Theological Seminary, Bloomfield, New Jersey, from 1925 to 1926. He graduated from Princeton Theological Seminary in 1929 with the degree of Bachelor of Theology. In 1970, Princeton revised its degree requirements, and changed his degree to Master of Theology. During his time at Princeton, Michael paid his way by working at odd jobs such as loading ice, factory work, and building railroad elevations. On May 8, 1929, Michael was ordained a Presbyterian minister by the Presbytery of Newark, New Jersey, U.S.A.

And then the axe fell, and Michael’s dream burst. Ukraine was then partitioned between Russia, Poland and Rumania, and Michael's plan was to obtain a visa and enter the part of Ukraine occupied by Poland. But he was a man without a country, and no matter how hard he tried and which string he pulled, he could not get a visa to return. Unable to stay in the United States on his temporary student visa, Michael turned in desperation to Dr, Gresham Machen, one of his professors, and a leader of conservative Christians in the U.S. (later to found Westminster Theological Seminary).

Dr. Machen visited Dr. Andrew S. Grant, Secretary of the Home Missions Board in Toronto, explained Michael’s predicament, and found that there was indeed a growing need for a missionary among the Ukrainians right here in Canada. Upon Dr. Machen's recommendation, Michael was appointed to this position, a long way from the mountains of eastern Ukraine to the bustling city of Toronto, to carry out God's work. God is always full of surprises. Michael was appointed in May 1929, recognized by the Presbytery of West Toronto in the fall, spent one year of study at Knox College, and was received by the General Assembly into the Ministry of the Church in June 1930.

Rev. Michael Fesenko began mission work among Ukrainians in the downtown area of Toronto, in open air meetings on Queen Street, together with Rev. R.J. Koffend of Evangel Hall. Mr. Koffend would speak in English and Mr. Fesenko in Ukrainian. Such large crowds gathered that until the police became familiar with what they were doing, they were often asked to move. Michael encouraged debate, and basic questions were asked: "What is the meaning of life? Why do bad things happen to good people? How do you know God exists? Is there a hell? Why should I bother to be good?".

During this time, a growing number of adherents began to meet in houses or stores which Michael rented from his salary. The nucleus of a congregation grew rapidly, and on December 14, 1941, the cornerstone of a new church was laid, with the dedication service taking place on April 26th, 1942. In time, a choir under the gifted direction of Mr. Paul Sych was established to provide the ministry of music. 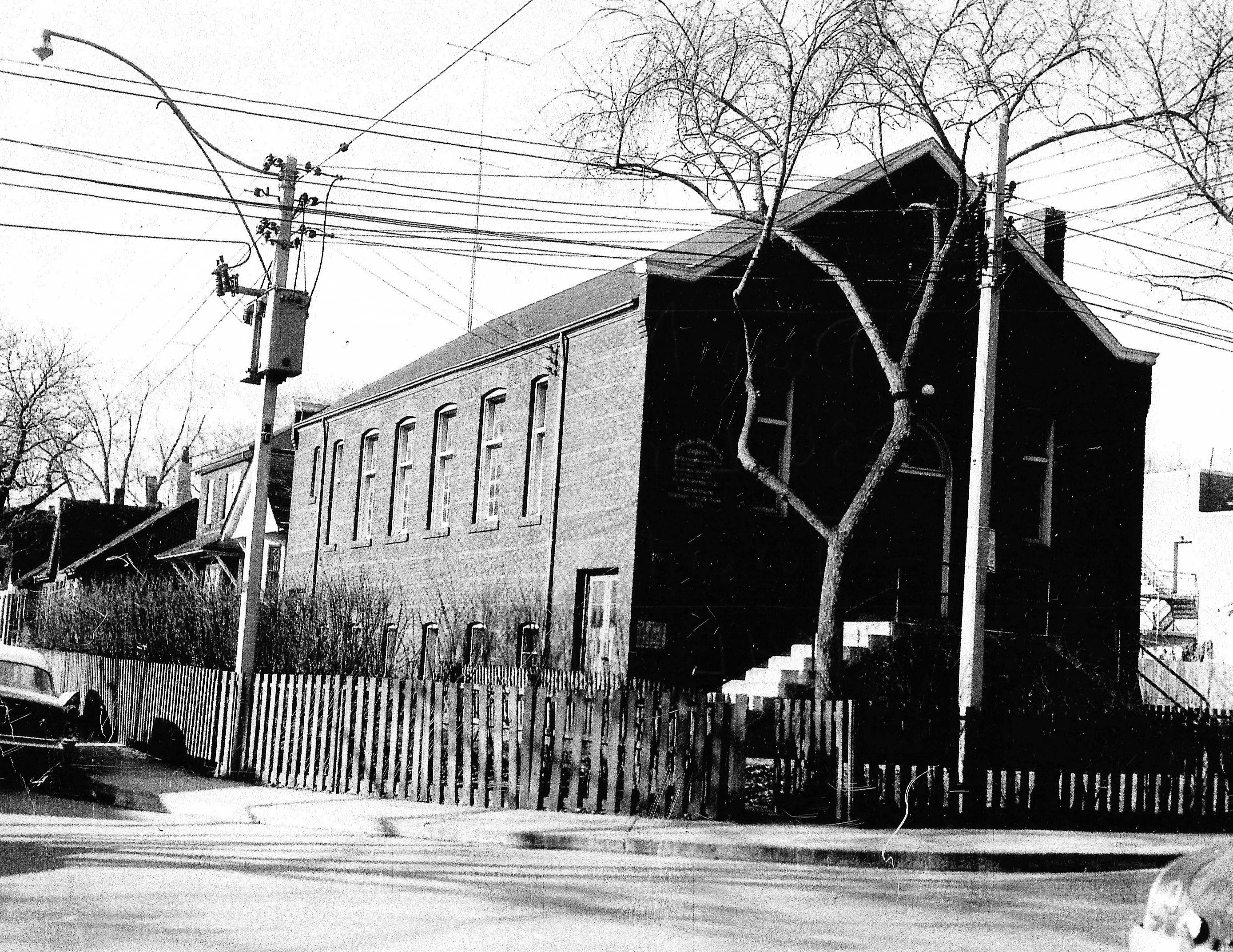 During the ensuing years, practical needs of the congregation were met with the organization of a credit union, a used clothing store, and a day nursery during the war years. The credit union assisted many in strained financial circumstances, thriving for several years after the war. The store was provided with good quality clothing through the generosity of the Women's Missionary Society. Miss Isabel Taylor was appointed by the W.M.S. to be the supervisor of the day nursery, her kindness and gentleness making her very popular with the mothers.

To address the spiritual needs of a wider spectrum of Ukrainians, Mr. Fesenko began the printing of a religious journal entitled "The Evangelical Truth" or "Evanhelska Pravda", in the Ukrainian language. Over the years he translated a wealth of theological insights found in the English language. The journal grew to 40 pages and was sent to addresses on all continents. The need was especially urgent where 70 years of communism had produced an atheistic drought. The last issue in 2002 concluded 62 years of publishing. The W.M.S. always generously supported the Ukrainian mission from its inception, through its yearly Christian literature grant.

As time went on, the CBC invited Mr. Fesenko to broadcast Christmas and Easter services across Canada, and eventually by shortwave to Ukraine. In 1975, weekly radio broadcasts began, sent to Ukraine from Monaco via Trans World Radio. These were very effective and extremely important in the life of the underground church there, as the claims of Christ were presented to a people hungry for the Gospel. Trans World Radio estimated that these broadcasts reached about 300,000 families. In spite of the fact that listeners risked imprisonment if caught, they still listened to them.

In addition to being a full-time minister, Mr. Fesenko also completed translations of the Westminster Confession of Faith, the Larger and Shorter Catechisms, Halley's Bible Handbook (855 pages), a Ukrainian Hymn Book, a Book of Sermons (some his own), The Bible, Natural Science and Evolution (181 pages) by Professor Russell W. Maatman, and books and articles by Haig, Campbell and Hay, among others.

As Mr. Fesenko was commencing his mission outreach among the Ukrainian people, he was introduced to Julia Maystrowich, a lovely young Canadian-born woman of Ukrainian parentage, who was studying at the Missionary and Deaconess Training School (now Ewart College within Knox College). Upon her graduation, they married, and Julia became deaconess at the Ukrainian Presbyterian Church where they ministered together.

Under Julia's leadership, the Women's group, Youth groups, and Sunday School were formed and taught. Miss Helen Young was the pianist for the Sunday School, and her cheerful help was much appreciated. With a background of singlehandedly making breakfasts, lunches, and suppers for threshing gangs on a Saskatchewan farm, Julia Fesenko had no trouble organizing church suppers! Her good cooking was the basis for their ministry of hospitality that began with visitors and members for Sunday dinner and extended throughout the week. In addition to teaching, counseling, preparing feasts, and being the mainstay of the choir's soprano section with her lovely voice, Julia cared about each member of the congregation personally. Julia and Michael had two daughters, four grandchildren, and five great-grandchildren. Julia went to be with the Lord in 1985. 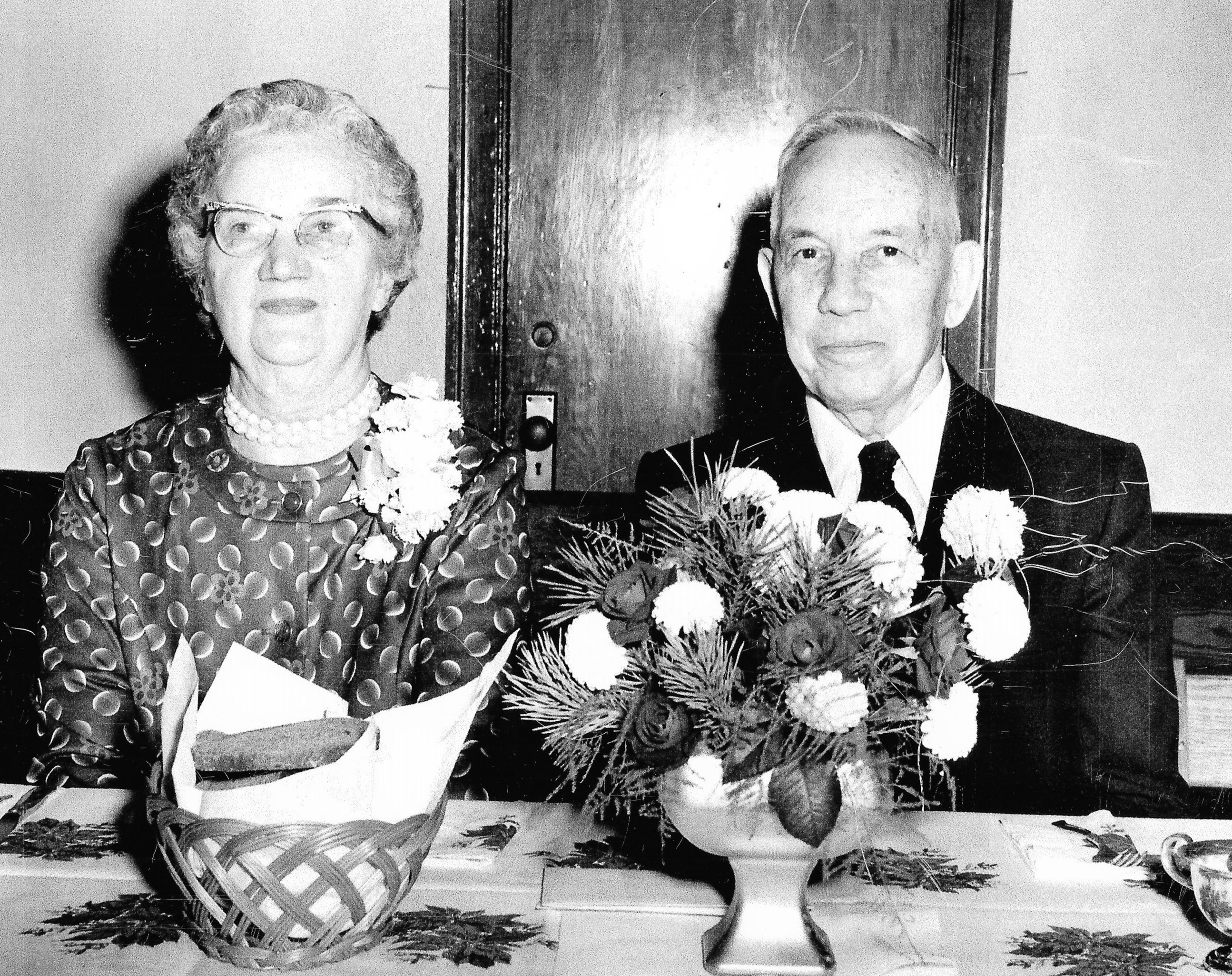 In addition to his ministry in spreading the gospel, Mr. Fesenko maintained his contact with the Ukrainian community in many different ways. He was President of the Council of Ukrainian Evangelical Churches in Canada, President of the Ukrainian Evangelical Alliance in North America, Secretary of the world-wide Ukrainian Protestant Council. The Royal Canadian Legion Branch 360 in Toronto elected him as their chaplain. He was instrumental in establishing the Ukrainian Cultural Museum in Ontario and was appointed as its Honorary President. After the war, the Ukrainian Canadian Committee, composed of all Ukrainian organizations in Canada, commended his contribution in obtaining substantial assistance for the refugees.

Around 1970, the Home Mission Committee of the Presbytery sent Mr. Fesenko as its representative to the Interfaith Immigration Committee in Toronto, where he was later elected to its executive. He was also elected Moderator of the Presbytery of West Toronto from September 1974 to 1975. He retired from full-time ministry in June 1976. A retirement service and dinner were held by the congregation on December 28, 1975. He received a 'Minute of Appreciation' by the General Assembly of the Presbyterian Church in Canada, on June 6, 1976.

During his "retirement" Mr. Fesenko continued with the publication of 'The Evangelical Truth'. As well, another method of reaching the Ukrainian people both here and abroad was the taping of sermonettes for the Ukrainian language television program "Nasha Nadia" (Our Hope), broadcast by Crossroads Centre on Vision TV, and hosted by Dr. Jack Hunka. The response from viewers was so positive that Dr. Hunka repeated airings of all the messages.

Rev. Fesenko preached God's message to Ukrainians in the language they understood best. He was always convinced of the amazing love and patience of God. Nations might rise and fall, but only Christ could provide the answers to life's perplexing questions. Mr. Fesenko lived to see the Holy Spirit work out God's purposes in the lives of his people in all walks of life. The Lord is indeed always faithful.